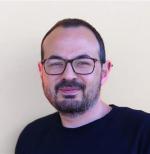 I am currently full Professor of Economic and Political Geography at the DIST, Polytechnic of Turin, Italy, and Visiting Professor of Urban Studies at the Urban Institute, in Sheffield, UK. With AbdouMaliq Simone, I co-direct the Beyond Inhabitation Lab (https://beyondinhabitation.org/). I am also one of the founder and Editor of the Radical Housing Journal, Corresponding Editor for Europe at IJURR, and member of the grassroots activist group ‘Common Front for Housing Rights’ in Bucharest, Romania.

My work focuses on radical forms of inhabitation and housing struggles, and the politics of life at the margins in the contemporary urban. In recent years, I conducted extensive research in Bucharest (Romania) around two separate issues: street-level drug use and services for drug users; evictions, housing activism and racialised urbanism. At the moment I am the PI of a major ERC project entitle Inhabiting Radical Housing. Through it, I am interested in exploring everyday intersections where structural forms of violence, related to inhabitation, are resisted from within, in the everyday life of communities around the globe. I am also interested in exploiting the privileges of the Academy to sustain and work with the minor politics of these mundane forms of resistance. Part of that work includes experimenting with collective and creative methodologies, in an effort to go beyond the traditional colonising knowledge-production of the Academy (an example in this sense is the collaborative documentary around anti-racist housing struggles in Bucharest, which I have researched and directed: www.ainceputploaia.com).